Ladies, we’ve all had our fun playing sherbert ice cream with our hair. Now let’s leave this colorful trend behind in 2016. 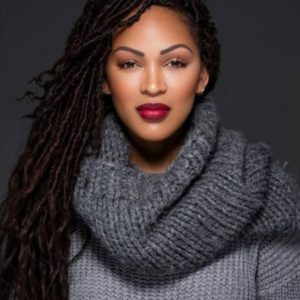 Everyone from Rihanna to Blac Chyna walked out with faux locs in 2016. As cute as the hairstyle is, let’s leave this one in 2016 please.

Ok fellas, you made your point. Women love a man with facial hair, but the big messy beard look can be left in the dust. I’m open to seeing more of your handsome face in 2017.

Enough said. This orange peel set a gloom over America that hasn’t been felt in ages. As a millennial, I can say with every degree of certainty that I have never witnessed such a negative smog within the entire country since 9/11. I’m hoping we can stick together during his One term in office. 2020 can’t come any faster!

Racist Retailers & The Ignorant People Who Still Give Them Their Money

Ummmm Versace, Saks Fifth Ave, Gucci….any retailer mentioned by your favorite rapper has more than likely stereotyped you but yet you still fill their cash registers with your money. Smh. Murrica!

Enough is enough people! I know I’m not the only one who’s sick and tired of losing so many people to senseless acts of gun violence. We can’t count on the NRA to stop forcing guns into the community, but we can count on ourselves to treat our communities better and prevent gun violence from plaguing our streets. I’m talking to you Chicago!

Pretty much anyone who voted for Donald Trump. You all can stay in 2016. We don’t need your kind bringing us down in the New Year.

See above for reference.

People Who Think You Owe Them Something

This goes for anyone who feels bothered by another person for what they personally feel they were owed or due. The things is,….nobody owes you anything but yourself. Especially if you can’t name the last time you actually did anything for someone else. Stop walking around expecting the world to coddle you. Get up and go after whatever it is you want, and the support will follow. No one owes you support, it’s mostly earned and reciprocated!

People Who Watch Everything You Do But Don’t Support

Pretty self-explanatory, but if this applies to you please do better at supporting your friends/acquaintances and loved ones in the New Year because as the saying goes, “you get what you give”. So give love and it will come right back to you.

This applies to the people who secretly watch your movements through social media, but don’t press the “like” button because they’re secretly jealous or bothered by your success or happiness. These people can stay in 2016, we don’t need to take them with us into the New Year.

This applies to all the credit card swipers and scammers out there who have made it almost impossible for a person of color to shop on 5th ave in peace without being stereotyped or profiled. To the many scammers who spend wasted time and energy trying to figure out how to hack into other people’s accounts and steal their hard earned money which has resulted in increased security measures for banks and retailers worldwide. If your name isn’t Joanne, and you’re a scammer, we don’t need you in 2017!

Women Who Use Their Child Against the Father

We witnessed a great deal of baby mama drama in 2016, and despite there still being a great deal of men who are deadbeats, there are even more men out here who love being involved in their child’s life. Don’t allow your upset with how things turned out with your ex, affect the relationship your child has with their father. Leave your bitterness in 2016 and step into the New Year knowing that you will play your part in making your family complete.

I really can’t stand this man and will continue to pray that 2020 gets here faster than expected. #ObamaDontGo!!!